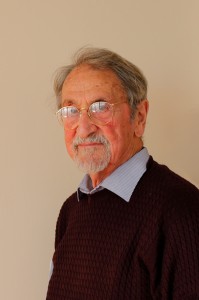 Harvard FAS Research Computing (FASRC) has partnered with Dell to sponsor part of the Martin Karplus Celebration Symposium on October 1, 2014.

The Symposium is a one-day event celebrating the life and work of Martin Karplus, the Theodore William Richards Professor of Chemistry Emeritus at Harvard University. Karplus was one of three winners of the 2013 Nobel Prize in chemistry granted by the Royal Swedish Academy of Sciences. Karplus won the award for his work on the “development of multiscale models for complex chemical systems.” His research, along with fellow colleagues Michael Levitt and Arieh Warshel, used a combination of quantum and classical mechanics to chart the courses of chemical reactions leading to a better understanding of the “electronic structure, geometry, and dynamics of molecules.”

Much of the work that would lead to Karplus’ Nobel Prize was underpinned by scientific computation. In 1969, working with his graduate student Bruce Gelin, Karplus began the development of CHARMM (Chemistry at HARvard Macromolecular Mechanics), a molecular simulation program that provides users with numerous computational tools to study molecules of biological interest such as peptides, proteins, nucleic acids, and lipids. It was not until 1983 that CHARMM was released publically and as of September 2014, the program is still widely used by computational chemists.

James Cuff, Assistant Dean for Research Computing, worked on protein secondary structure prediction for his D. Phil. in Molecular Biophysics from Oxford University. Karplus’ seminal work helped guide Cuff’s research heavily throughout his time at Oxford and Cambridge. When Cuff arrived at Harvard as the Director of Research Computing in 2006, he saw how little compute was available for molecular dynamics, and basic fundamental science in general.

It was then that Cuff, the Harvard leadership and Karplus started their research computing partnership with Dell. Together, they all saw the need to kick-start the very first centrally supported high performance research computing resources for science, providing what was then Harvard University’s very first Infiniband x86 supercomputing cluster.

The vocal support from Karplus and other Harvard research faculty for increased computational resources at Harvard helped pave the way for what is now a 60,000+ CPU computing environment with more than 14 petabytes of storage. FASRC is honored to be a sponsor of the Martin Karplus Celebration Symposium and is extremely proud to have supported one of theoretical chemistry’s greatest minds.