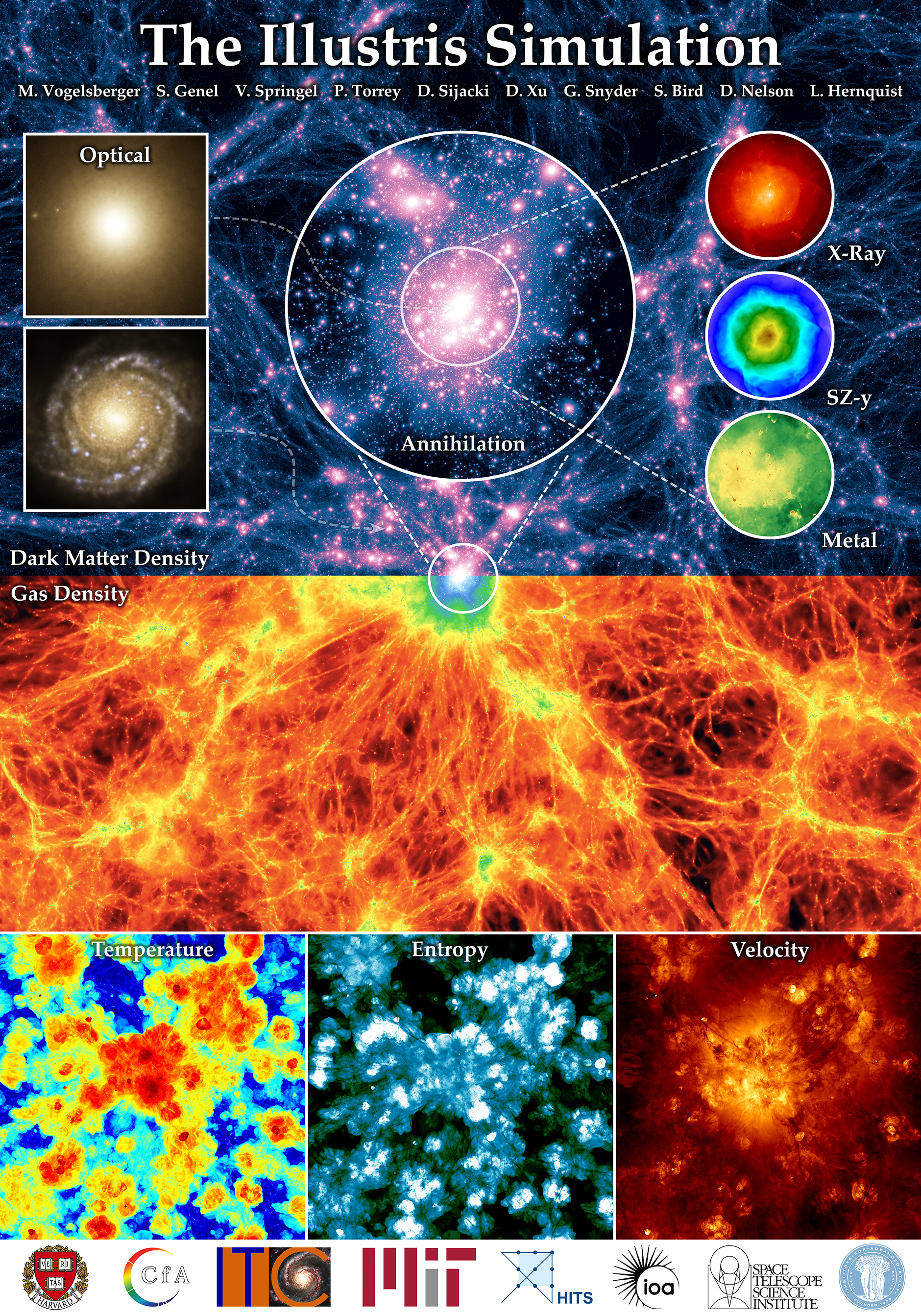 Astronomers have created the first realistic virtual universe by running large-scale cosmological simulations on supercomputers. The project, known as Illustris, was led by Mark Vogelsberger of MIT and the Harvard-Smithsonian Center for Astrophysics. Illustris produced detailed galaxy simulations by using complex computer models that captured the physical components and processes of the universe from 12 million years after the Big Bang to present day, spanning over 13.8 billion years of cosmic evolution. The simulations contained tens of thousands of galaxies captured in high-detail, covering a wide range of masses, rates of star formation, shapes, and sizes. Researchers also included star-formation-driven galactic winds and black hole thermal energy injection throughout cosmic history to ensure their models were comprehensive enough to produce realistic virtual galaxies.

In order to produce these simulations, the researchers developed their own computer code AREPO. The code was written to simultaneously run on tens of thousands of computer cores. It took three months for the calculations to run, and used a total of 8,000 CPUs running in parallel. Odyssey was used to run several lower-resolution versions of the Illustris virtual universe, as well as hundreds of test simulations from which the computer models were developed.

Once the simulations were complete, the final product was compared to images of the Universe taken by various telescopes, including the Hubble Space Telescope. Researchers found many similarities between the two, though some discrepancies were also discovered. According to Vogelsberger, these discrepancies were ripe for further study and investigation and would potentially lead to new understandings of how the universe evolved.

For further reading see the complete results in Nature or visit the Illustris project website. And check-out the below capstone animation of the simulation.