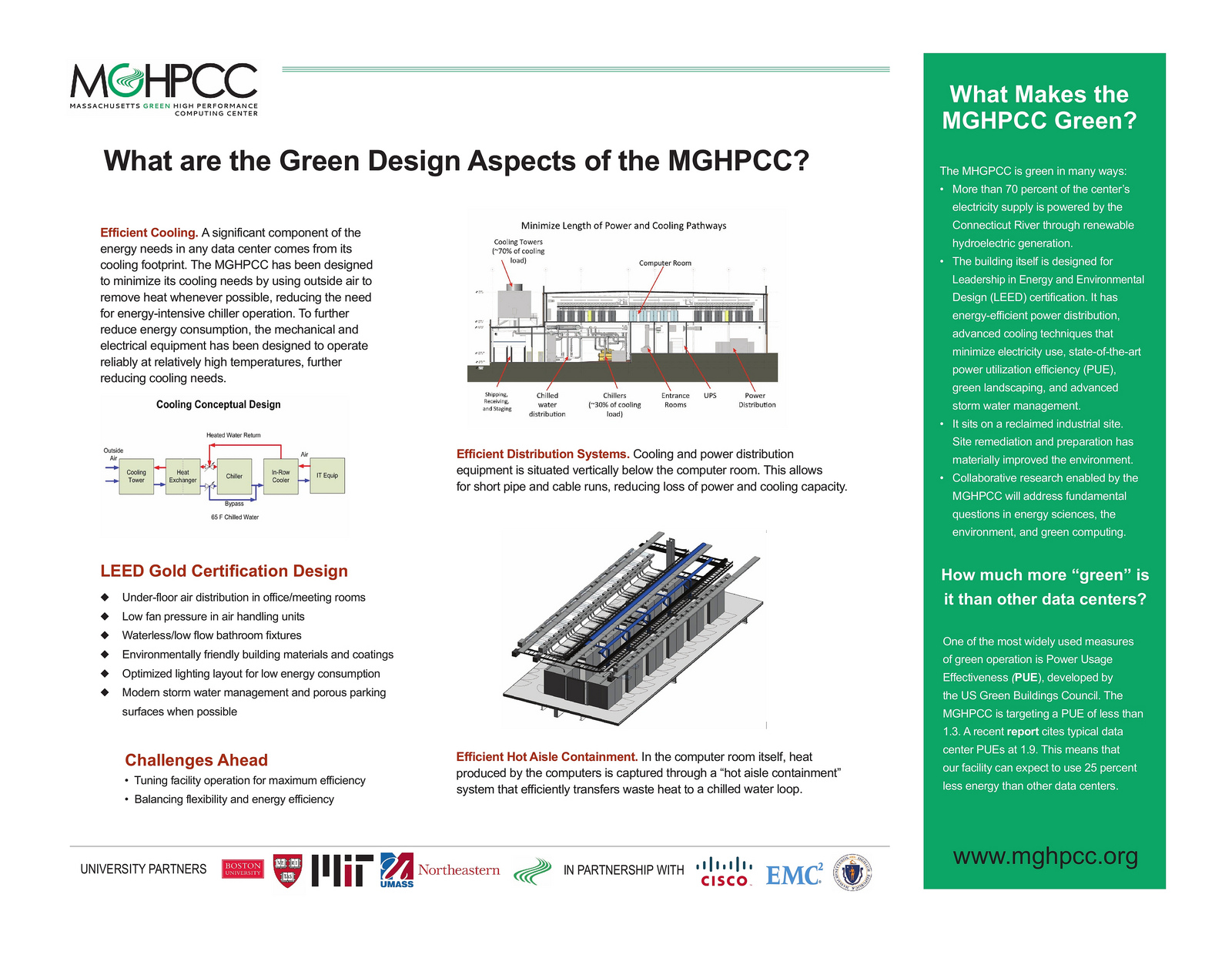 Research Computing is part of Harvard's university-wide commitment to sustainability and greenhouse gas reduction. Research Computing is dedicated to building a more efficient, green computing environment to support faculty and student research. Recognizing that total IT energy consumption accounts for 13-25% of total energy usage across the University, Research Computing determined one of the most efficient ways to reduce its energy load was to consolidate and sunset certain data centers and find greener energy sources. In 2009, Research Computing took its first step towards achieving this goal by joining the Massachusetts Green High Performance Computing Center (MGHPCC).

The MGHPCC project was comprised of a consortium of Massachusetts universities (Boston University, MIT, Northeastern, UMass and Harvard) as well as public and private sector collaborators. The project built the nation’s first state-of-the-art energy efficient computational facility in Holyoke, MA, and officially opened in November 2012. The MGHPCC draws its power from Holyoke Gas and Electric, which generates more than 70% of its power from hydroelectric and solar installations. In addition, the facility is LEED Platinum certified, has an efficient cooling system that uses outside air to remove heat whenever possible, and heat generated in the server rooms is captured through a “hot aisle containment” system that efficiently transfers waste heat to a chilled water loop.