Congratulations to Madelyn Cain for JobID 1! 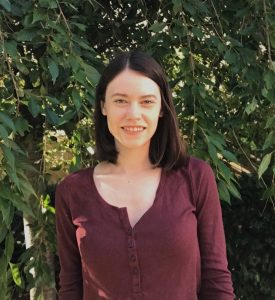 One of the features of our scheduling software, Slurm, is that it has a max JobID of 67,043,328 (for the fascinating reason why see the Slurm docs).  This means that when we hit that limit the JobID rolls over to 1 and starts counting again from there.  We thought this would be a fun opportunity to highlight the wide variety of work our cluster does, so we contacted the lucky winner Madelyn Cain of the Lukin Lab to learn more about her, her research, and what she was doing when she got JobID 1.  Jobs on the cluster comes in all shapes and sizes and Madelyn's is no exception.  Below is our interview with Madelyn.

Maddie, tell us a little about yourself and how you ended up at Harvard?

I’m a second year physics graduate student in quantum computing. I grew up in Austin, Texas before moving to Cambridge for my undergraduate at MIT, where I majored in physics and math with computer science. I loved all three fields and wanted to work at their intersection. This led me to pursue a physics PhD in theoretical quantum computing. I was drawn to Harvard because of the top-notch research and frequent collaboration between experimental and theoretical physicists. It’s rewarding to work with experimentalists in my group (led by Prof. Misha Lukin) who are building real-life quantum computers from hundreds of controllable, interacting neutral atoms. 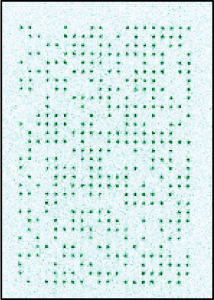 Experimentalists from the Lukin Lab have built a quantum computer from hundreds of interacting neutral Rubidium atoms. The atoms, shown above, can be arranged in chosen configurations and manipulated with laser pulses. A quantum algorithm then runs to find the maximum independent set of the graph formed by the atoms (nodes) and interactions of the nearest and next-nearest neighbor atoms (edges).

Could you describe your research in general?

However, the quantum computers available for experimental study in the next 5-10 years are very susceptible to errors from environmental noise. In principle, quantum error correction can fix these errors without destroying the fragile information stored in quantum bits, or “qubits”. Unfortunately, error correction requires complex operations and many qubits. This is beyond the capabilities of current devices. My current research is developing a self-correcting generalization of an existing quantum algorithm used to solve the maximum independent set graph optimization problem. It appears to naturally converge on the correct solution in the presence of certain types of noise, without requiring the resources of full error correction.

What specifically were you trying to accomplish when you snagged to JobID 1?

I was simulating a small, noisy quantum computer running the error-correcting algorithm.  Quantum computers are very difficult to simulate because the memory required to store a superposition state can grow exponentially with the number of qubits. Therefore, researchers in my field are typically limited to simulating just tens of qubits to get insight into the behavior of quantum algorithms.  When I ran JobID 1, I was trying to find a “sweet spot” in the algorithm’s parameters to understand its optimal performance given a fixed algorithm runtime. It turns out that JobID1 had an error (sorry - I’m still new to the cluster!) but the next submission gave me the insight I was looking for.  The cluster was an invaluable resource for scanning the parameter space for such a resource-intensive problem.

What's next for you and your research?

I want to investigate whether similar error correction techniques can be applied to other near-term quantum algorithms. If we were able to use natural mechanisms to correct errors without significant additional resources and generalize this technique to other algorithms, it might mean that quantum computers could perform difficult yet useful tasks earlier than they otherwise could.

Again congratulations Maddie!  We at FASRC hope for your continued success and thank you for you using the cluster.