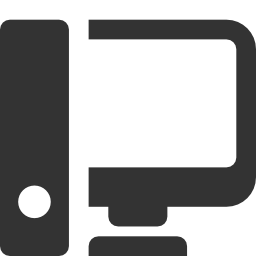 The past year has been an exciting one at Research Computing (RC). We increased our computing power by 28,000 CPUs, rolled out a new queue management system SLURM, consolidated our data centers to reduce energy costs and improve storage capacity, partnered with WiseTek to sustainably dispose of old equipment, spun up some GPU farms, and welcomed five new hires to the team: Brian White, Aaron Kitzmiller, Henry Perkins, Nate St. Germain, Tim Hartmann and Bob Freeman. And then there was the Nobel Prize. Martin Karplus, Theodore William Richards Professor of Chemistry, Emeritus, was awarded the Nobel Prize in Chemistry. He was supported in part by team RC:

And this was all before we embarked on 2014. We kicked off the new year by participating in ComputeFest, a two-week long computing symposium with the mission to build computational science knowledge and skill through workshops, organized challenges, and lectures.

February brought good news from the NSF. RC and five other higher education institutions were awarded a two-year $5.3M grant to "[forge] a nationwide alliance of educators to empower local campus researchers to be more effective users of advanced cyberinfrastructure (ACI). . . [and] work with the 'long tail' of ACI users—those scholars and faculty members who traditionally have not benefitted from the power of massively scaled cluster computing." The project, called Advanced Cyberinfrastructure – Research and Educational Facilitation: Campus-based Computational Research Support (ACI-REF), will broaden the impact of advanced computing resources at campuses across the country. Each institution will implement the Internet2 Innovation Platform, consisting of these three components: A 100 GE (or multiple 10 GE) connection to Internet2’s Advanced Layer2 Service; implementation of a Science DMZ; use of Software Defined Networking.

In March, a major announcement sent shock waves throughout the fields of Astronomy and Cosmology. John Kovac, Associate Professor of Astronomy and Physics and member of the Harvard-Smithsonian Center for Astrophysics, and his team of researchers on the BICEP2 project announced detection of B-mode polarization and gravitational waves providing insight into the universe’s first moments after the Big Bang. The discovery confirmed the theory of cosmic inflation. Researchers now had proof that the universe underwent a violent and rapid expansion at only 10^-35 seconds after the Big Bang.

What was RC's role in all this? Well, RC provided computational support and infrastructure for the BICEP2 project. RC provided the project with 400TB of storage space and access to more than 30,000 cores of compute. Research Computing also provided virtual machine support for BICEP2 websites and data. The project consumed 5.1 million CPU hours on Odyssey since 2010. Of those 5.1 million CPU hours, close to 3 million were computed at the new environmentally sustainable MGHPCC facility in Holyoke, MA.